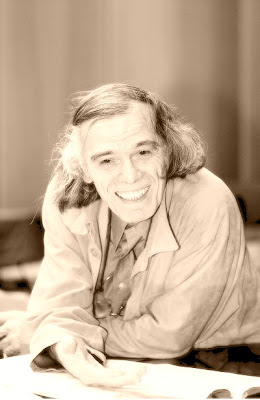 ed over the last three centuries, frome 17th to the 20th, which is based on tonality and which gave a predominance to the expressive side of music. You know the theory of affects that came after the mannerism of which Gesualdo is the primary representative; a new period began with him. The langage is extremely codified: There are certain formulas to express very different states of the soul but which remained very much objective.
That changed in the 19th century with the arrival of subjectivity. With the Symphonie Fantastique of Berlioz; the composer put himself on Freud ‘s couch for the first time.. That prepared the ground for the arrival of psychoanalysis at the beginning of the 20th century; it was music, I think, that prepared the way for Dostoyevsky in literature. In Mahler there is such a turbulence in the expression that it becomes "unhealthy".

That furnishes the primary material for my work; I like to place myself in the labyr inth, where you find this torment, but what interests me is the path from the labyrinth towards the center, the center of the personality. The goal of my work is to try to uncover the intelligible side. That’s where the analyst comes in, and the role of the analyst in my music is played by numbers; I can analyse emotions using numbers”


From the interview by Martin Anderson in Fanfare Magazine.
November-December 2001.
Partager cet article

THE WORLD ECHOS ABOUT